Our priority: our health

Following government announcements, access to the museum, the café and the bookshop requires the presentation of a green pass.

The health pass is accepted in digital or paper format.
For children aged 12 to 17, presentation of the green pass will only apply from 30 September.

Wearing a mask remains compulsory in the museum.

We thank you for your understanding,
The Jacquemart-André Team

The exhibition presents the great names in Italian painting, from the 14th to the 17th century, rediscovered by one of the major figures in the history of Italian art, Roberto Longhi (1889/1890-1970). Giotto, Masaccio, Masolino, Piero della Francesca, Ribera, and Caravaggio are among the leading artists highlighting the exhibition. Alongside the works from the Roberto Longhi Foundation, presented for the first time in France, will be works loaned by the biggest French and Italian museums. This exhibition is an unprecedented dialogue between a great connoisseur and his artistic passions.

The exhibition commences with a section devoted to the works of Caravaggio including the celebrated Boy bitten by a lizard from the Roberto Longhi Foundation. An emblematic artist and the main subject of Roberto Longhi’s studies, Caravaggio revolutionised 17th century Italian painting with his powerful and naturalistic paintings, marked by pronounced effects of chiaroscuro (light and shade). Two other works by Caravaggio are exceptionally reunited with the Boy bitten by a lizard: The Crowning with thorns from the Collezione Banca Popolare di Vicenza, and The sleeping Cupid from the Galleria Palatina.

In keeping with Roberto Longhi’s approach, the exhibition will compare the works of Caravaggio and those of his imitators, showing the influence of this artist’s themes and style on his contemporaries, first in Italy and then throughout Europe. The figures of Christ painted by his immediate successors are followed by the biblical scenes of Carlo Saraceni (circa 1579-1620), Mattia Preti and Matthias Stomer, and by the striking apostles of Jusepe Ribera.

Several masterpieces of Italian primitive art also recall the way in which Roberto Longhi was able to offer a fresh look at these masters of the Renaissance avant-garde: the exhibition will bring together four major paintings by Giotto, Masolino, Masaccio and Piero della Francesca, artists who are rarely on display in France.

This is an intense journey that reveals some of the key moments of Italian art thanks to the insight provided by Roberto Longhi. A scholarly and passionate man, he was the personification of Erwin Panofsky’s definition of a "connoisseur". 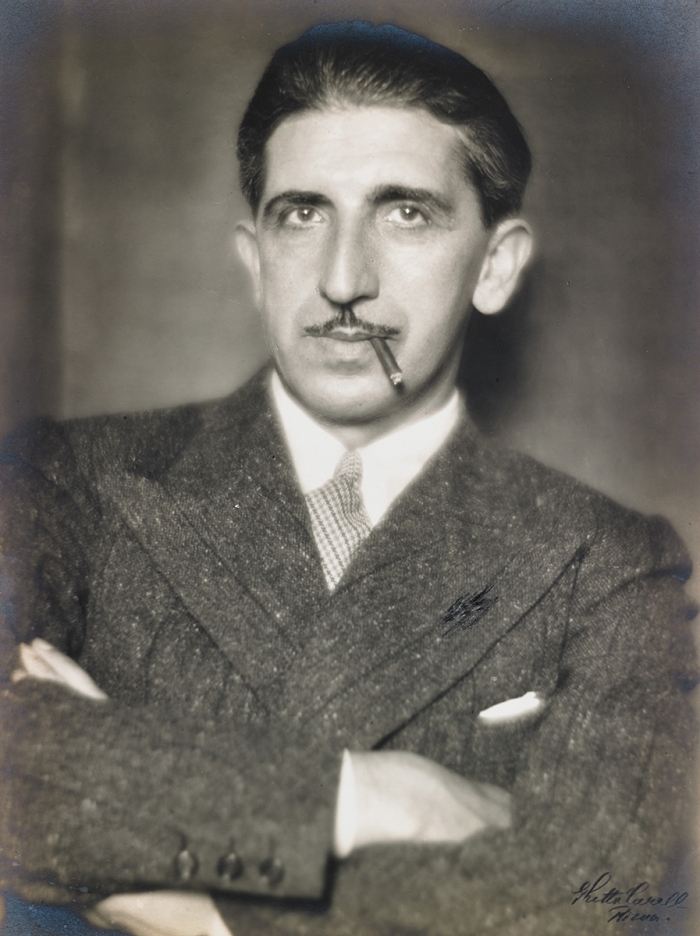 lity because of the extent of his knowledge and his innovative approach, Roberto Longhi (1889/1890 - 1970) rejuvenated art criticism in the 20th century. Resolutely rooted in his time, and close to futurist artists, Roberto Longhi absorbed the modernity of his period to understand the painters he studied, irrespective of the position they occupied in the chronology of art.

Possessing an incomparable visual memory, Longhi cast a new eye on the vast panorama of Italian painting and established new links between ancient and modern artists. He thus offered an original interpretation of their works and presented new perspectives in art history. This highly personal approach allowed him to sweep aside traditional classifications and to reconfirm the focal position Italian painting occupies in art history. Thanks to his discoveries, Roberto Longhi offered artists such as Giotto, Piero della Francesca, and above all, Caravaggio a renown which remains unchallenged to this day.

Roberto Longhi was not only learned, he was also a fervent collector who from 1916 gathered unique paintings by great Caravaggisti. His collection, composed of more than sixty works in Florence including the paintings of Morandi, reveals the genius of this great art enthusiast: around Caravaggio’s famous Boy Bitten by a Lizard are gathered the golden collection of the Italian primitives and the chiaroscuro of the greatest European Caravaggisti. The exhibition "From Giotto to Caravaggio" is an invitation to discover, through a selection of the works from his collection and a small number of other exceptional loans, the complete gamut of Roberto Longhi’s passions.