Head of an old man

This canvas gave the artist an opportunity to indulge in the joy of painting. This work shows how Fragonard, a great master, made brilliant use of the paint, shadows, and light.

The old man almost faces the viewer and his shirt is open at the neck. His hollow cheeks, blotched and mottled skin, and unruly beard are rendered in an impasto applied in a vigorous manner. Each brushstroke is visible and the painting is animated by warm and luminous accents. In contrast, the mantle and cap are represented in various shades of grey. The bare but very dense background forms a sort of halo around the head, highlighting it. Fragonard was not alone in his use of the motif of an old bearded man, which was used by many French artists in the eighteenth century. 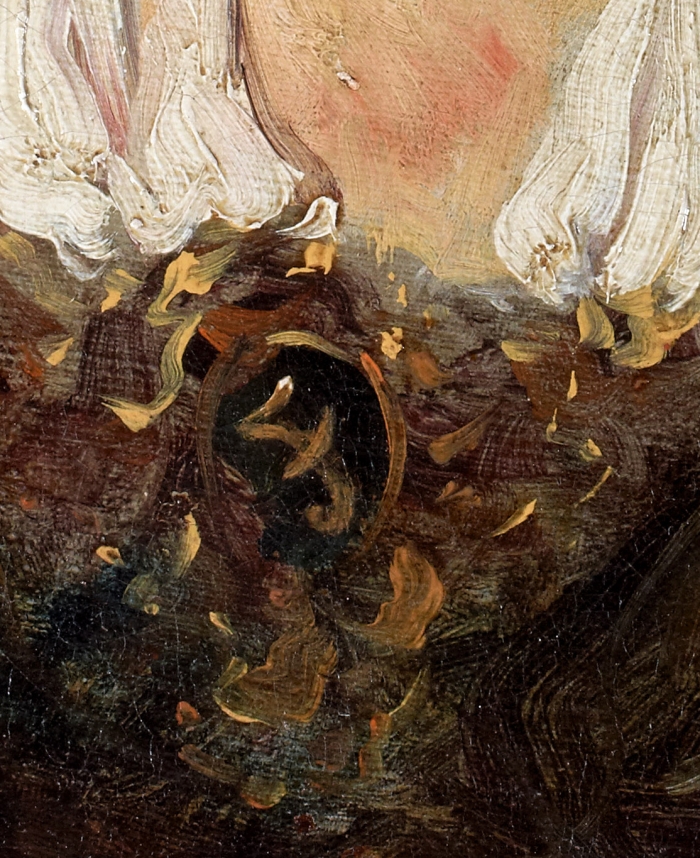 On the white shirt edged with gold braiding worn by the old man, a medallion serves as a fastening device. It bears the initial ‘F’, which may be that of the painter.

This portrait is not unique in Fragonard’s oeuvre: he made other studies of heads and the famous set of heads with various facial expressions. The preference for this motif is particularly evident in the work he produced after his return from Rome, at the beginning of the 1760s, when he was working on his reception piece for the Academy.