This work—belatedly attributed to Botticelli—is distinguished by the simplicity of the composition, the finesse of the execution, and the serene expressions on the faces.

When Nélie Jacquemart acquired this work in Florence, she thought she had bought a painting by Andrea del Verrocchio, the prominent artist who directed a workshop and played a leading role in the Republic of the Arts in Florence, in the 1470s. This attribution was soon called into question, but without any certainty as to the author’s identity, due to the work’s state of conservation. The attribution became obvious after an inventory was made of all the Virgins with Child similar to those of Verrocchio, and after an in-depth study of the early part of Botticelli’s career in the famous studio. It is believed that the painter drew inspiration from his master’s work. 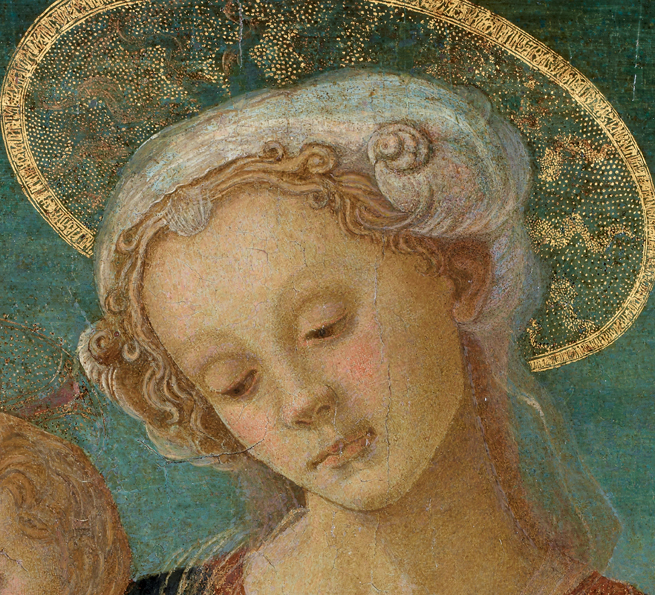 Restoration work carried out in 1995 revealed the superb rendering of the skin and the finely crafted details such as the veil, the jewellery, and the locks of hair.

When Nélie Jacquemart acquired the work, it was covered with repaints and thick layers of varnish. It was customary at the time to restore works of art in order to give them a new lease of life.